THE DREAM SCREEN AND SOCIAL MEDIA, ARE WE CONNECTING OR LOSING TOUCH? 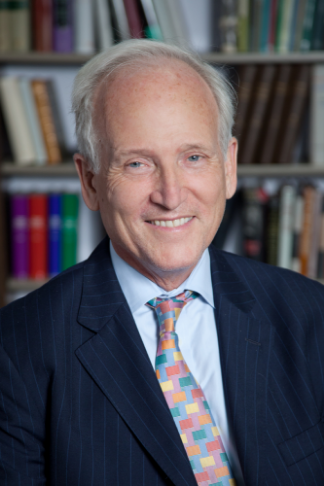 In a recently submitted paper: “A Universal Unconscious Fantasy as the Basis for Dreaming” I attempted to highlight the value of the work of Bertram Lewin. He was perhaps best known for his identifying the “dream screen” (“Sleep, mouth and the Dream Screen”, Psy. Quart 15:419-434) as a special element in dream life. He correlated it first with the surface of the breast and speculated that the dream is always projected onto a white or “blank” screen and indicated by its presence the connection with mother. Further articles (“Inferences from the Dream Screen” IJP 29:224-231) went on to speculate that there is an internality to the screen, an internal abode the result of the baby, in fantasy, gnawing his way inside mother where he or she settles down to dream and to sleep in bliss. Lewin drew links to spaces where movies, plays and concerts are performed in a hushed like atmosphere and the group audience participates in this fantasied union with the all-knowing breast.

In my paper I highlighted the appearance of such a phenomenon repeatedly in my practice and was able to offer strong clinical support for Lewin’s assertions about the “screen” meaning. I used that “space to dream with mother,” to extend Lewin’s conclusion that this is the ideal analytic situation, fantasy explorations of the past, present and transference in the safety and total trusting environment of being-sleeping-dreaming with the idealized mother. I offered that our efforts to identify negative or aggressive derivatives in the transference serve to restore such a fantasy space of total trust where the damaged separation process could be re-experienced and re-imagined with an optimal Object.

While writing it, I was struck by the supporting evidence in the new social surround generated by the Internet and the mobile phone. Even before, it had seemed to me to be evident that my generation’s obsession with watching TV which was seen a great social scourge, was in great measure, due to the compelling way the TV “screen” with ready-made fantasies of the struggle of good and evil, success or failure, love and joy or rejection and sadness, offered another rendition of the deeply desired fantasy Lewin had first described. One patient of mine recently unintentionally offered a reminder of this when she referred to TV preoccupation as watching the “boob tube.”

But no one could predict the consequences of the development of the Internet, social media and the mobile phone which has made Apple the richest company in history. People walk with their “screens”, drive with their “screens” “communicate through and to their screens, hide from others via their screens, comfort themselves through their screens. Of course part of the appeal is the communication with another person via text or telephone but it seems to me the addictive power of these devices lies just in the actualization of the above fantasy of the screen and mother. Sadly, this actualized oneiric fantasy is perhaps just as much onastic as well. Families sit in restaurants and don’t talk; instead each person is safely in his own cocoon staring at his screen. Conversation and interaction with real people in real time has greatly diminished with unknown but probably bad consequences for American society and future. It is my fear that the viciousness of social media and our “splitting apart” as a society and nation is, in part, a consequence of the elimination of any need to interact with anyone who rubs us the wrong way. Of course, it is the negotiation of that very experience with a live person in front of you that allows for growth of emotional maturity and real intimacy. That a “social media friend might ghost you or defriend you on Facebook is not the same as the intimacy and meaning of a real body and blood relationship with another.

Of course from a psychoanalytic view, it was Freud’s opinion that the baby is initially happily unaware of others in his universe. As long as the Roman legions, aka mother, brings his supplies when he needs them, he is blissfully unaware of his interdependency on another. THIS is the default mode; the withdrawal into solipsism, the autistic solution. Being with people, finding people to love and dealing with people we hate at times, is a painful process and occurs in the Freudian model as a requirement secondary to the failure of an anonymous amorphous surround. Intimacy is scary and the second choice; that it becomes the most valuable and greatest of our experiences in this world does not take away from it being the “booby prize!”

Recently I was told of a movie, Eighth Grade, a film by Bo Burnham starring Elsie Fisher, a thirteen year old actress. The movie is a tender and moving depiction of a social media junkie girl, Kayla, who tries to make Youtube videos to create a “following” and to feel accepted and valued. In her real life of course, she struggles with excruciating feelings of being left out and sub-par. The movie recalls Carson McCullers famous book: The Member of the Wedding, a girl who feels too young, inexperienced, inadequate, gawky and miserable as she proceeds through the changes of adolescence. “Kayla” is given the ironic “award” in junior high of being the “quietest girl” in her class and feels shut out by the popular kids. Social media, which for her is almost entirely asocial, is here a solace. She uses her Youtube videos to explain how to build self-esteem, how to deal with rejection etc. to an imaginary non-existent audience and clearly to soothe herself as she experiences these challenges.

The movie to its credit, does not deal with bullying and I think wisely avoids the issue of actual social threat. While this is certainly a reality for many young children, even to the presence of gang related activity in many schools around the world, it places Kayla’s “angst” clearly within herself and her palpable anxiety “creates” her awkwardness which then fosters her social alienation.

Kayla is being raised by a single dad and her frustration and sadistic rage is, throughout the movie, projected onto him. This anger is particularly focused on him when he doesn’t “get it” like coming into her room too quickly while she is fantasying about a young male classmate, or doesn’t understand her using a banana to mimic the experience of performing fellatio or tries to spy on her when she goes out with a group of much older friends at the mall for the first time. The level of her anger is certainly excessive and demands understanding as he responds to her provocation, perhaps not optimally, with the “patience of a saint.”

Although this is a movie, written by a script writer, I would argue that its plot can be used like any piece of psychoanalytic data to offer potential insights into the world of the screen-writer and that of anyone who participated in bringing this creation to light. The climax of the movie is when her father reiterates his high-esteem for his daughter and shares with her his on-going fears for how she might have developed “when your mother ‘left’ us” a decade earlier. This absence of a maternal figure is the “elephant in the room” throughout the movie, and while perhaps a flaw in the screen-play, sheds considerable light on the psychoanalytic situation.

Now the Youtube videos become clearly a communication to the self-object of Kayla-mother. The “screen” obsession, where she nightly tries to tell others (her fantasied observers) how to manage painful aspects of growth, is a reflection of her providing a maternal function to herself via the “screen.” I would remind the reader that this internalized comfort is the purpose of the screen and the embedded unconscious fantasy of being happily with and within the idealized mother. We don’t know if the mother died or left the family but either way, the child interpreted her “leaving” as a rejection and a confirmation of her being no good. Her rage at the abandonment is quite typically projected onto the father figure who, just as she imagined herself with her mother, could do “nothing right.” Even Katie’s sign-off “Gucci” is suggestive of the maternal connection, as the Gucci brand is much more directed at an adult buying market than the world Kayla actually inhabits.

The movie ends with an embrace of the power of time and development to overcome the girl’s anxiety and shyness. Just as the social media seems bizarrely devoid of the real human connection Kayla craves, the family unit and the movie make no attempt to understand or metabolize Kayla’s devastating loss. There is no mention of therapy for her or for both of them. Interestingly, the movie deals with the ongoing damage from her early loss in a way that sadly harkens to the current infatuation with CBT and other mindfulness therapies. There is a big deal made of each member of the class hiding a box filled with meaningful items from before middle school which he or she is to open and “review” at the end of that experience. Kayla ultimately burns the box but not without using a zip drive to see herself hoping for a new “her” to emerge. The sequence is repeated at the start of high school, a new box is created with a new set of hopes for the future. Although there is some hint that with the passage of time, Kayla may do better and feel more integrated, I fear, that just like with therapies that try to change “tomorrow,” without engaging the alive “past” four years will find her in basically the same state.

In conclusion: the movie underscored the ubiquity of “screens” in our lives, their quality as a secret connection with the all-knowing, all-comforting breast, and the resultant isolation and potential danger of so-called “social media” to our society as a whole. While it offers some optimism that Kayla will continue to develop as a person it felt shockingly dehumanized and reflects the internet’s potential pernicious influence on our human family and community. While serendipitously offering support for Lewin’s brilliant realization of the comforting meaning of the “screen” as a mother-substitute, Eighth Grade reaffirmed for me the rarity and therapeutic power of the analytic relationship with offers that compelling comfort in a real two person world.